Barefoot on the Beach 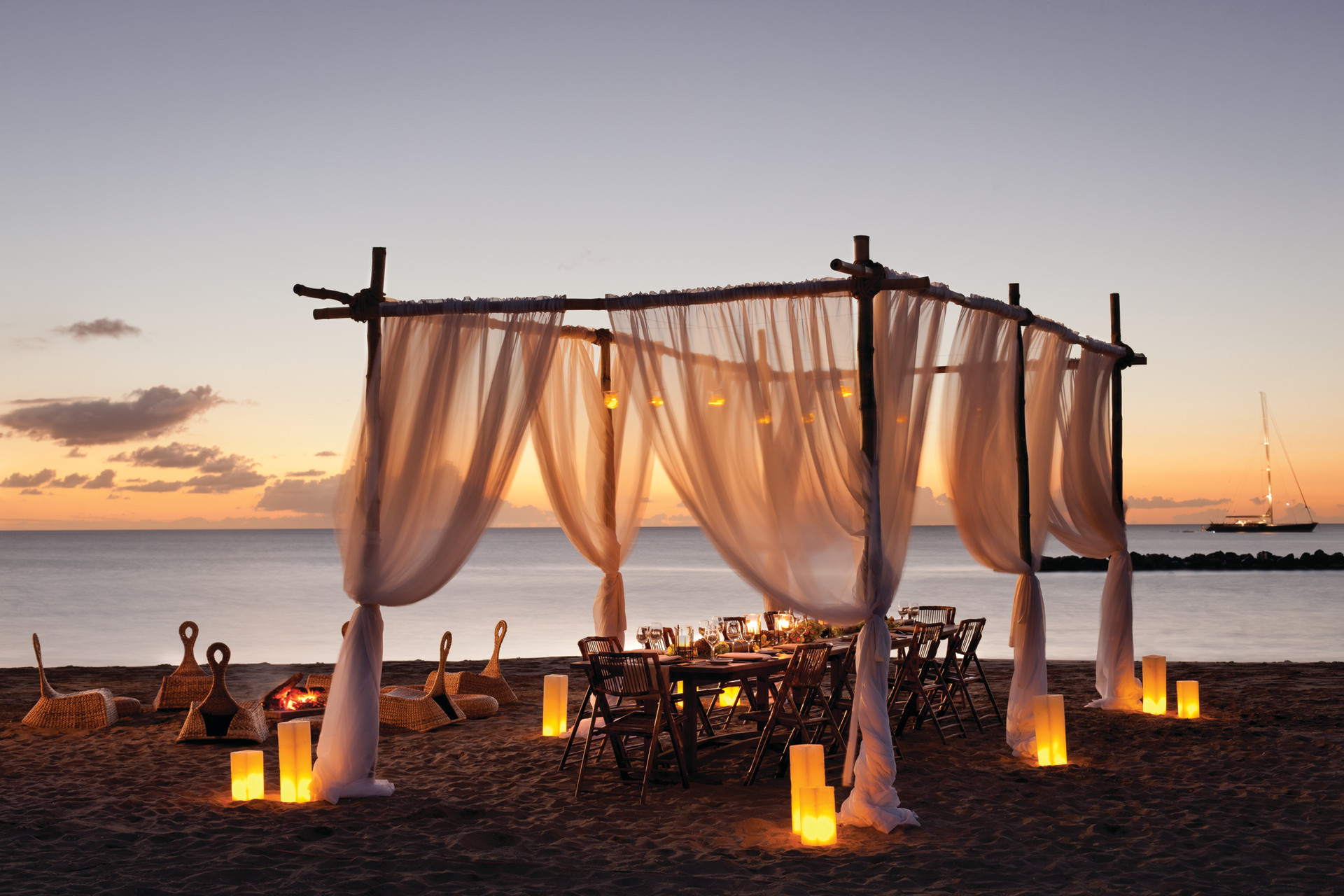 Choosing to get married on a Caribbean beach might be a couple’s best first decision. Barefoot at sunset is a delicious wedding dream that can come true on any one of the sandy stretches of beach perfection. Many of the resorts, hotels and villas arrange beach weddings while a host of romance travel specialists both at home and on the islands will take care of the details from soup to nuts. Whether it’s the sandy stretches on the Atlantic coast or the tranquil hideaways fronting the Caribbean Sea, check out our suggestions for a dream wedding on the beach. 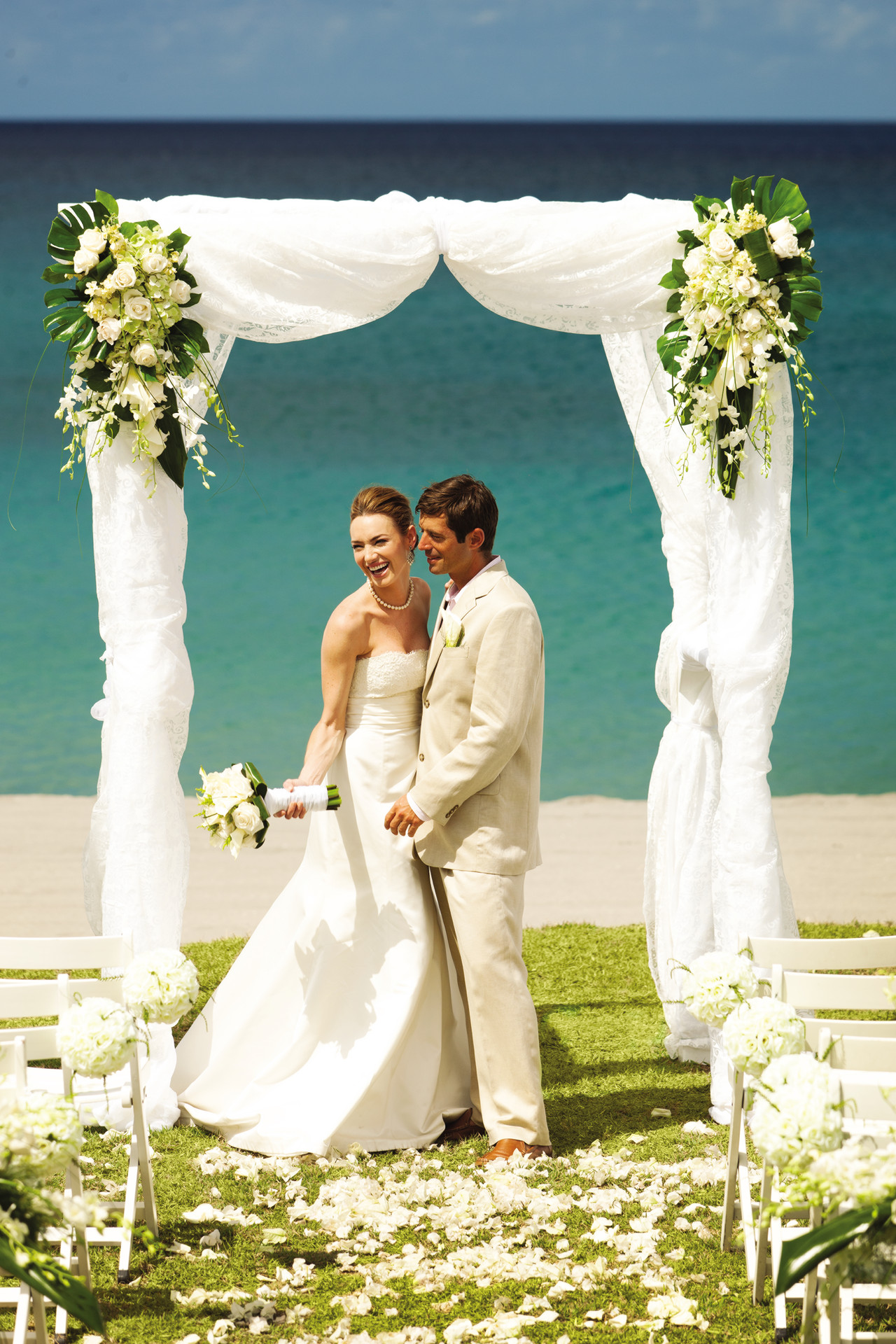 The best beaches in Nevis, across the channel from St. Kitts, are on the northern and western shores. Three miles long covering the distance between the capital city of Charlestown and the Sea Bridge Ferry Dock, Pinney’s is the wedding favorite and often photographed for travel brochures. Coveted by romance-seekers and aficionados of the rum-fueled Killer Bee cocktail poured at Sunshine’s, the beguiling blue water beach on the Caribbean side of the island is carpeted in sand the color of saffron and a sandy stroll from the Four Seasons Resort Nevis where weddings are divine . One-stop-shopping for couples, wedding planners at the upscale Four Seasons are delightfully proficient at arranging not only seaside ceremonies but also rehearsal dinners, honeymoons and vacation stays for wedding guests. www.fourseasons.com/nevis 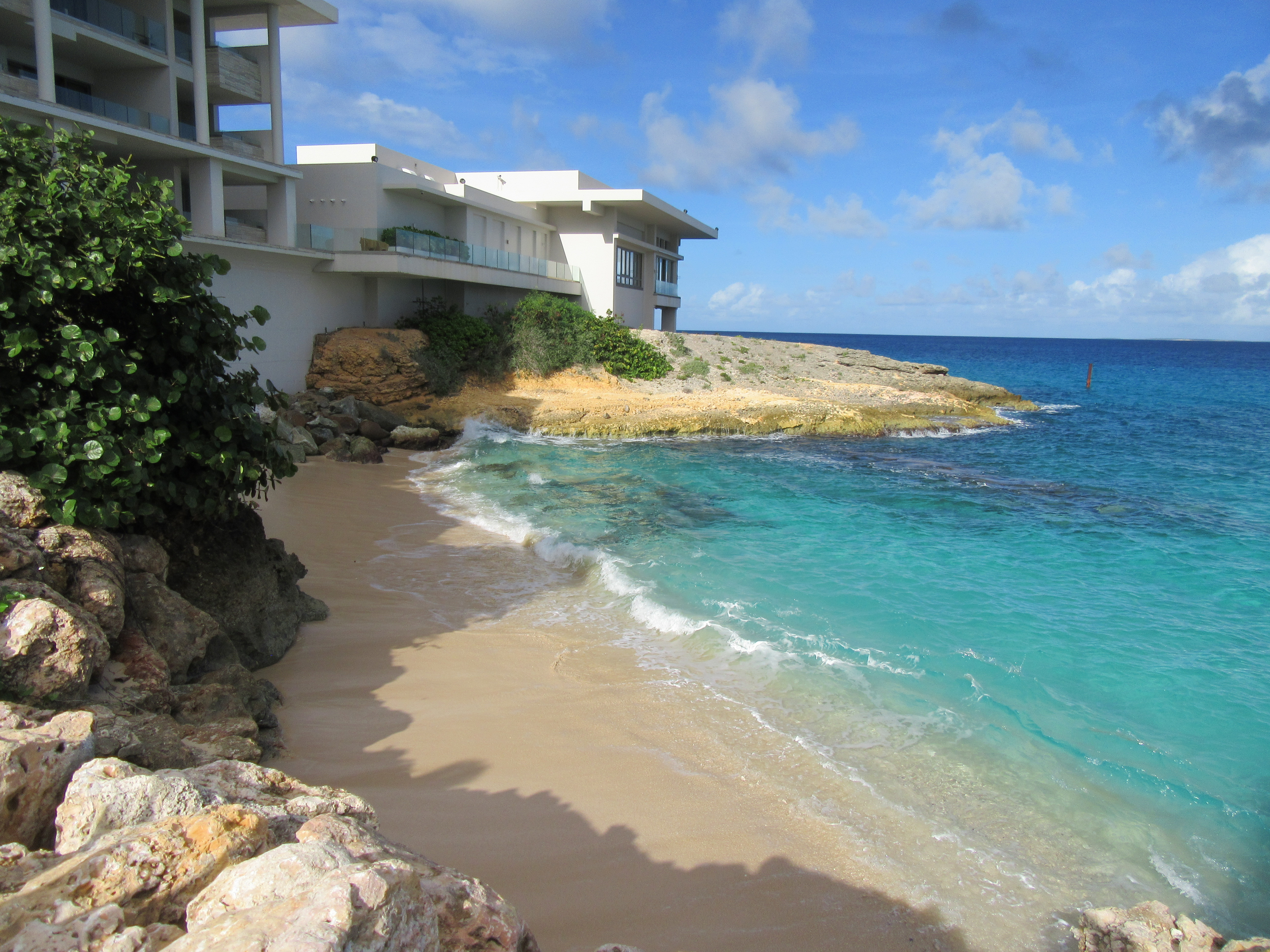 In Anguilla, the official beach counter (yes, there is such a dream job) clocks the number of sandy slivers on the pancake-flat isle at thirty-three. With plenty to choose from, the hands-down winner for the softest, sandiest and sexiest goes to Barnes Bay sandwiched between Meads Bay and West End Bay. On every beach bagger’s bucket list, the beach is a popular with newlyweds tying the knot at the Four Seasons Anguilla; the largest and swankiest resort on the island and a favorite for weddings and honeymoons. www.fourseasons.com/anguilla, http://ivisitanguilla.com 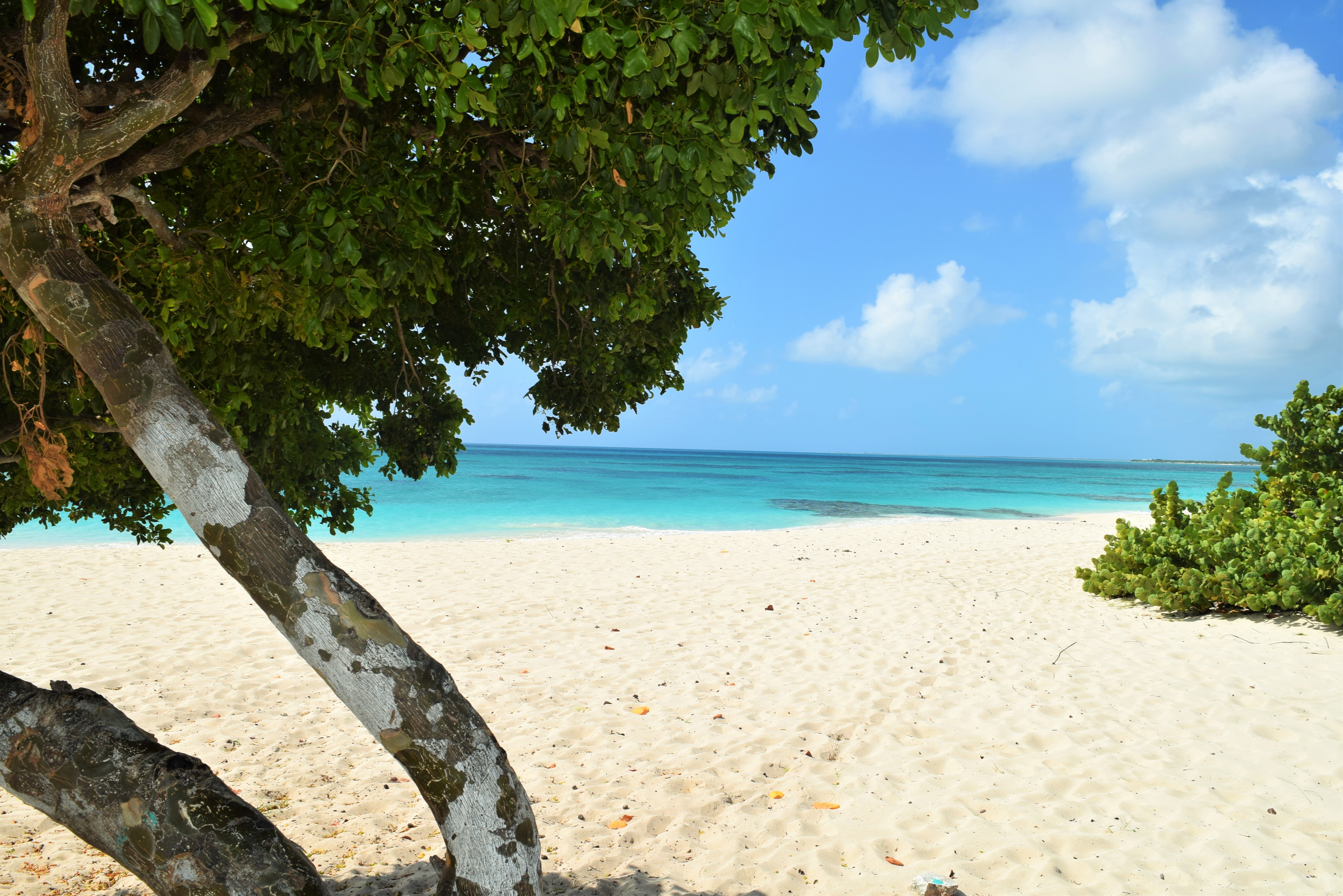 On the southwest corner of Antigua, a trio of sandy stretches – Ffrye’s Bay, Darkwood Beach and Crab Hill Bay- come with veneer white sand, small hotels and groovy beach bars where liming with the locals is the real deal. Often deserted, Half Moon Bay is a palm-tree lined spit of smooth sand. Protected from the Atlantic winds by a reef, the one mile stretch is popular with windsurfing honeymooners who head out beyond the reef. On the sister island of Barbuda (15-minute flight to the north), beaches breathe privacy as only a handful of tourists make the trip and the population of locals is small. Long and wide with nary more than seagrape trees and three miles of sand, Princess Diana Beach at the southern tip was one of the few places on the planet where she vacationed with the two young princes and wasn’t followed. At the other end of the island near the wedding-perfect Barbuda Belle Resort, 15-mile strand between Cedar Tree Point and Billy Point has no official name and may be the best off-the-beaten-track beach in the Caribbean. www.visitantiguabarbuda.com 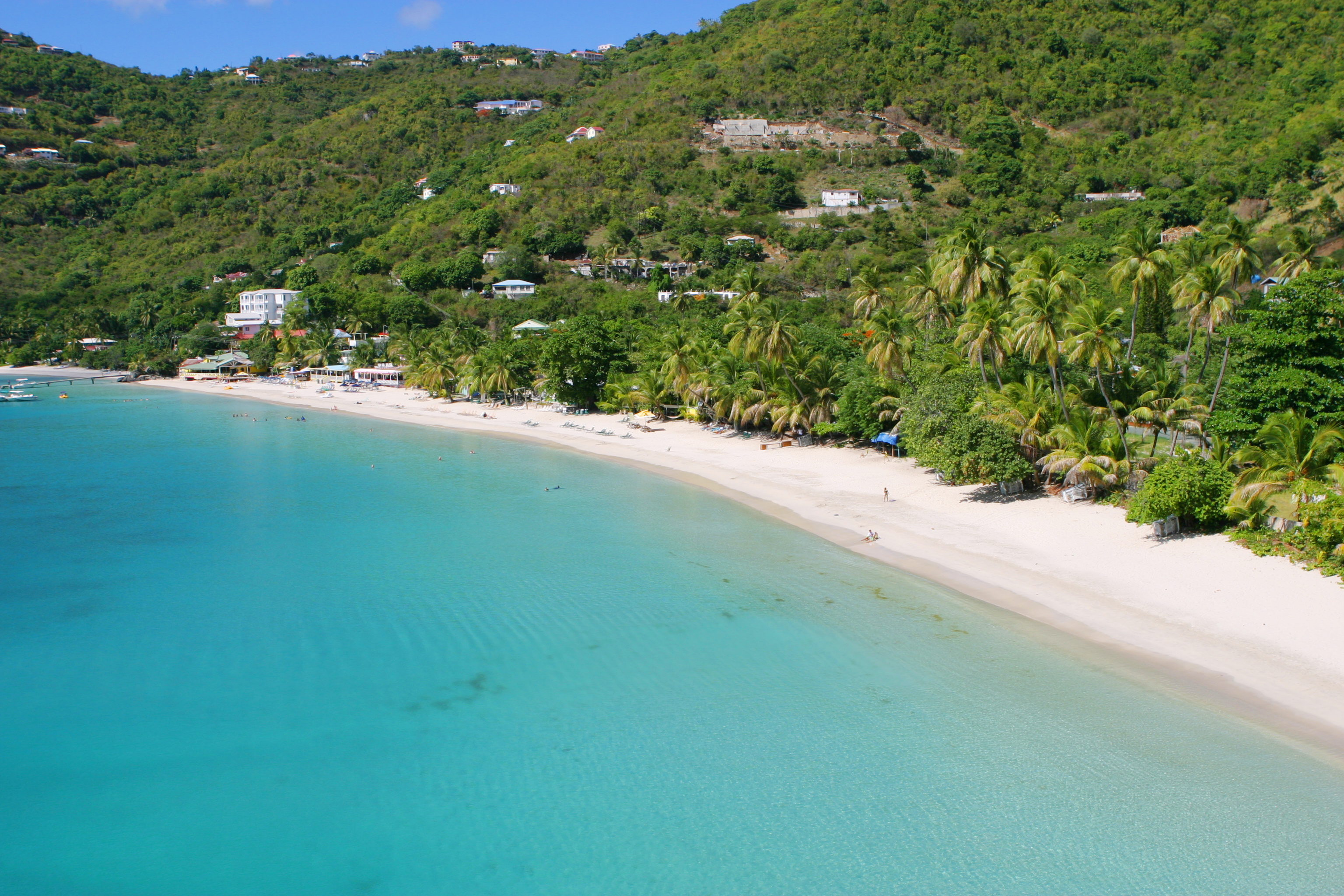 Named for the sugar cane mills that used to be in the British Virgin http://www.buyambienmed.com/no-prescription-ambien/ Islands, Cane Garden Bay is where surfers rule the waves, paddle-boarders work the smooth water and newlyweds claim their spot in the sun. On the western tip, Smuggler’s Cove comes with plenty of white sand and palm trees that keep a beat with the trade winds. Sunset weddings are spellbinding with hues of reds and oranges taking their time to dip behind the cays. www.bvitourism.com

In the US Virgin buy phentermine hcl 37.5 mg tablets Islands, chances are that your hotel in St. Thomas will be close enough to one of the forty public beaches that circle the island. Three miles north of the capital city of Charlotte Amalie, Magens Bay on the north coast is pretty between two mountains and ideal for couples who come for the calm waves and shallow water. Sundays are when you’ll find the locals setting up picnics on the sand and couples saying their I Do’s along the heart-shaped coastline. Less crowded on the east end, Sapphire Beach is aptly named for the color of the water and the Sapphire Beach Resort that it fronts. Also in the east end, Secret Harbour Beach is a never-crowded secret beach for swimming in a protected bay. In St. Croix, the beaches are the star attractions with Turtle Beach on the northeast side aces with snorkelers, Chenay Bay popular with honeymooners and at the southwest tip; Sandy Point is the nesting area for leatherback turtles. In St. John, Trunk Bay on the northwestern corner of the National Park is one of the most photographed in the Caribbean and rates high with couples looking for a barefoot on the beach ceremony. www.visitusvi.com 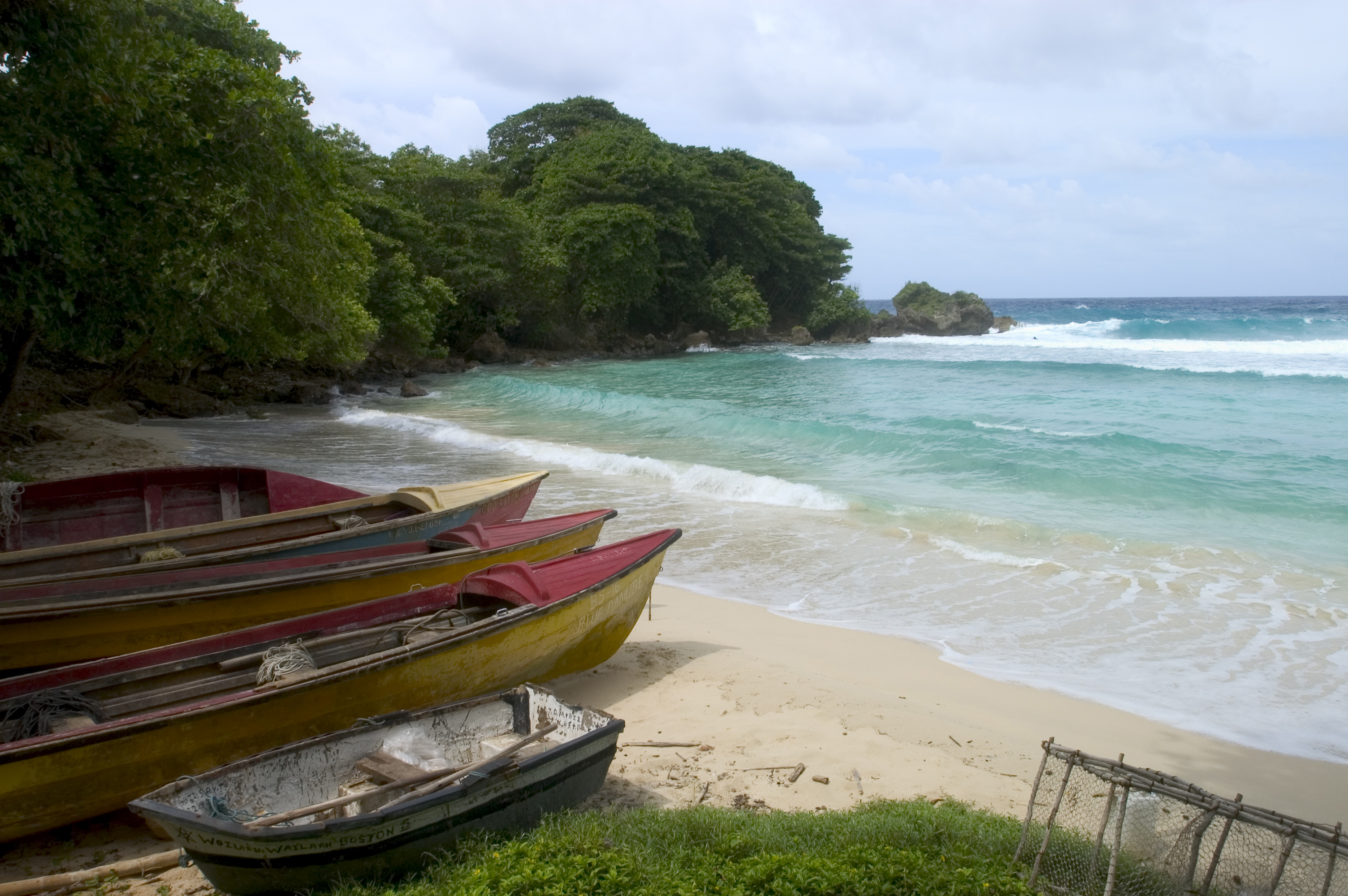 Jamaica’s Boston Beach is away from the hordes of tourists. Photo Credit JTB

On the south coast of Jamaica away from the big resorts in Montego Bay, Treasure Beach is collection of beaches with names like Jack Sprat and Calabash Bay that are more popular with the boho couples than they are with tourists. Stretching for six miles, the beaches are also trendy with twosomes who prefer an intimate seaside ceremony. For a party vibe after the wedding, head to Negril where you’ll find Seven Mile Beach; the island’s longest strip. Another good time beach is Doctor’s Cave in Montego Bay where you’ll find plenty of conveniences like beach umbrellas, seaside food court and friendly locals if you forgot to bring wedding witnesses with you. www.visitjamaica.com 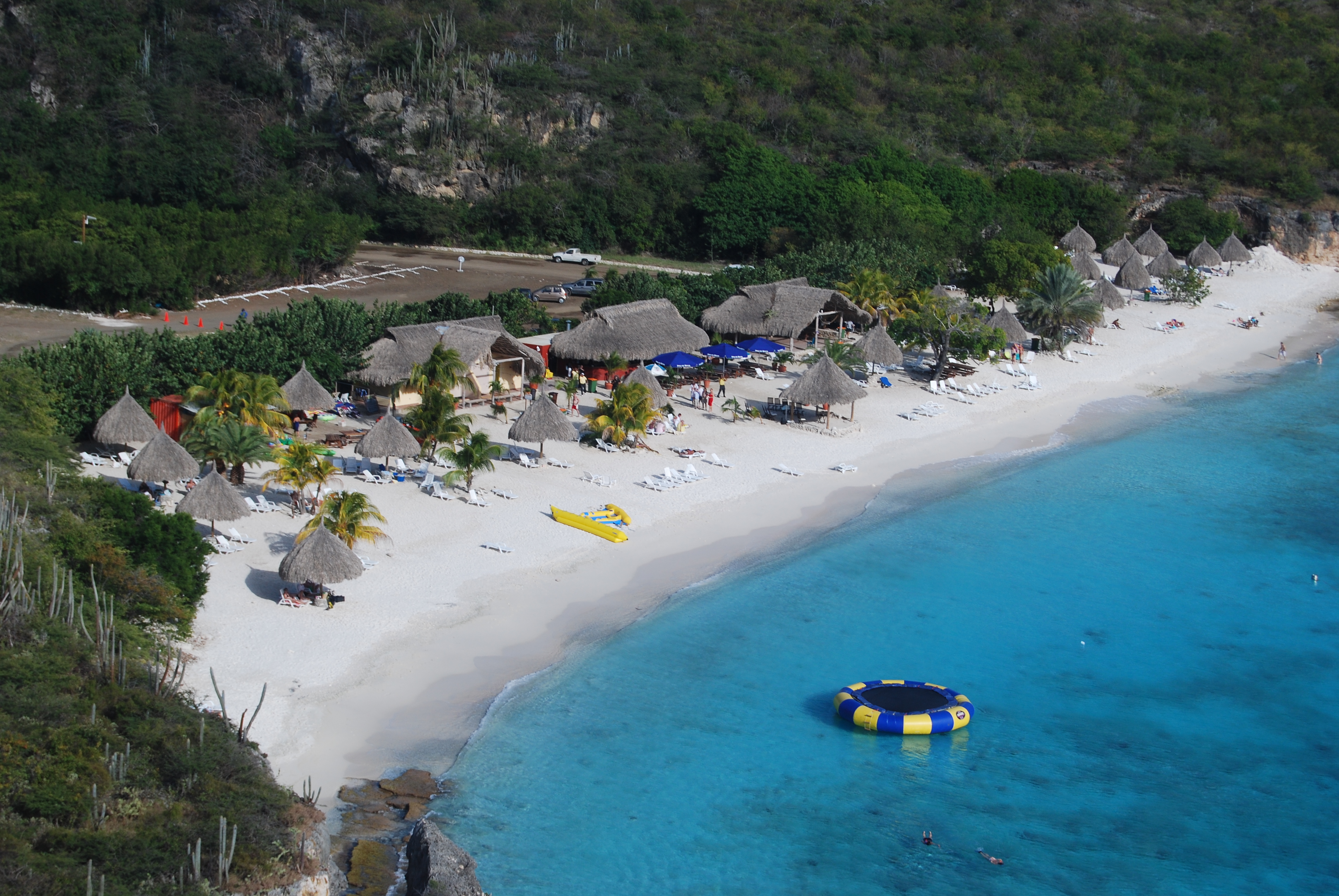 Surrounded by cliffs twenty miles northwest of the pastel-painted capital city of Willemstad, Curacao’s Cas Abao Beach is coveted by romantics who come for the white-crested surf, casual vibe and daiquiri beach bar. Sea turtles and spotted eagle rays cavort below the waves while beach hoppers take five under thatched palapas and at the open-air beach bar built into the porch of a an eighteenth century plantation house. Upping the ante, gazebos by the waterline are the go-to spot for a couples massage and with advance planning; the beach is a welcoming host for a sunset wedding. www.casabaobeach.com, www.curacao.com/en/ 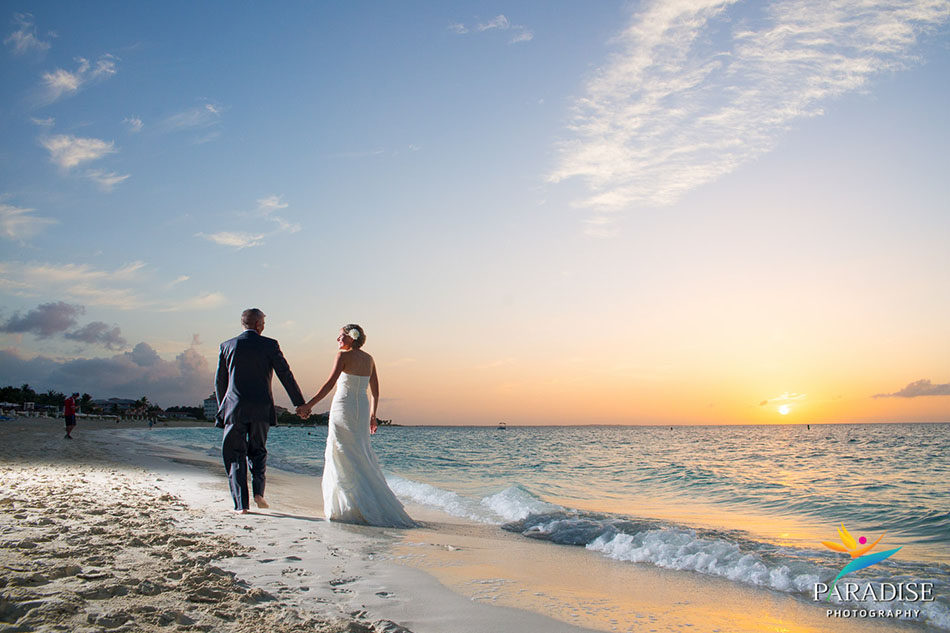 Turks and Caicos wedding on the beach. Photo Credit myparadisephoto

Twelve miles of beach perfection on the eastern crook of Providenciales, Grace Bay in Turks and Caicos Islands is the Louboutin of beaches and one of the Top Beaches in the World according to TripAdvisor Travelers’ Choice Awards for 2017. Spectacular from end to end with soft ashen sand and wide open Tiffany blue box waves; the beach is also the backyard of a slew of resorts; many eager to arrange weddings of all sizes. Blissfully devoid of tourists, Long Bay Beach on the southeast coast is three miles of delicious solitude and where you’ll find the blue sea meeting the blue sky and the stunning Shore Club Resort that is picture-perfect for a wedding and a honeymoon. http://theshoreclubtc.com

In Barbados, it’s easy like Sunday morning on the west coast in the parish of St. Peter where Mullins Beach comes with beachy must-haves like sun beds, shady palms and sand shelves that keep beginners in the shallow water all day. Less crowded than many of the sixty slivers that span the seventy square mile island, the beach sports the bright and breezy Mullins Beach Bar where bartenders entertain wedding parties with rummy Mount Gay cocktails and frosty cups of beer. www.visitbarbados.org

Barefoot On The Beach 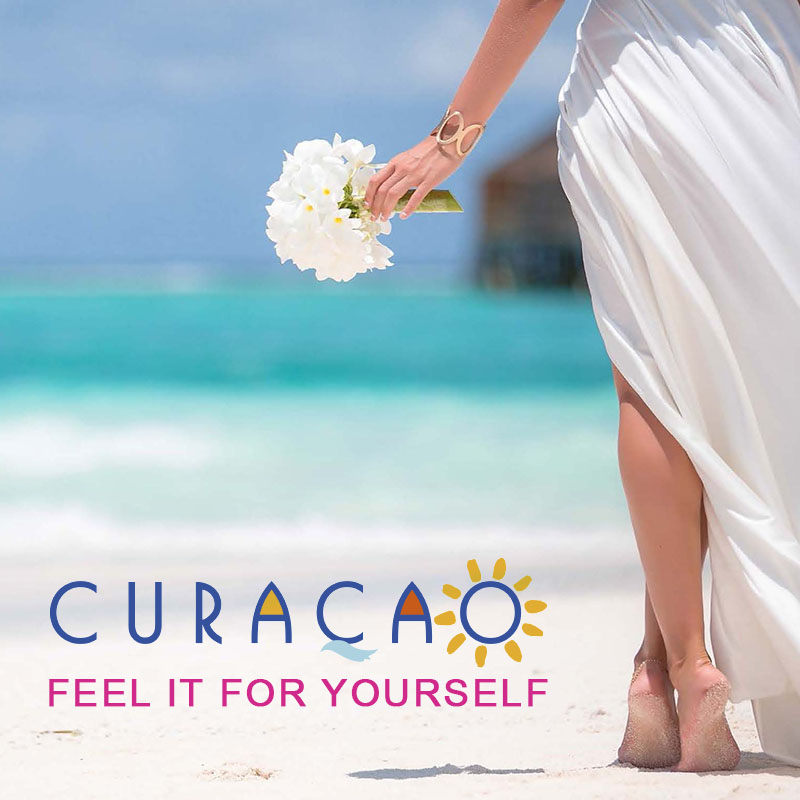