Dancehall is a genre of Jamaican popular music that originated in the late 1970s. Initially dancehall was a more sparse version of reggae than the roots style, which had dominated much of the 1970s.

The popularity of dancehall has spawned dance moves that help to make parties and stage performances more energetic. Many dance moves seen in hip hop videos are actually variations of dancehall dances. Examples of such dances are: “Bogle”, “Whine & Dip”, “Whine Up” (a mix of various genres), and “Bubbling (Similar to twerking)”. 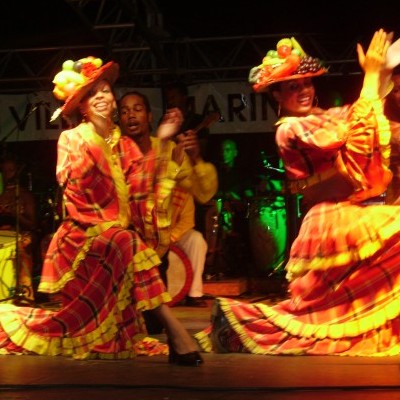 A bélé is a folk dance & music from Martinique, Dominica, and other Caribbean islands.

It may be the oldest Creole dance from Dominica, and it strongly reflects influences from African fertility dances. It is performed most commonly during full moons, or sometimes during funeral wakes. The dance is also popular in St. Lucia.

The term bélé also refers to a kind of drum found on Dominica, Martinique and St. Lucia.

The bélé dance formed from a combination of traditional African moves and a Caribbean traits due to the changed landscape, musical instruments, and tumultuous lifestyle. 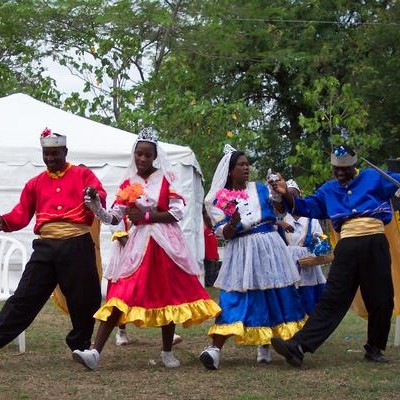 A dance, whose music has both European and African elements, Bruckins is a “stately, dipping-gliding” dance, and may be derived from the Pavane.

Bruckins is accompanied by an elaborate pageant, in which participants dress as European royalty and/or members of the royal court (courtiers, pages, soldiers, etc.). 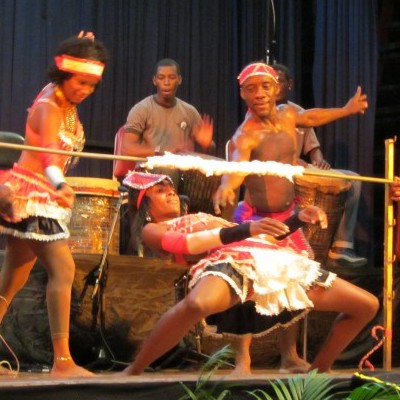 Limbo is a traditional popular dance contest that originated on the island of Trinidad.

The dance originated as an event that took place at wakes in Trinidad and Tobago, and was popularized by dance pioneer Julia Edward (known as the First Lady of Limbo) and her company which appeared in several films, in particular Fire Down Below (1957). They toured widely in the Caribbean, Europe, North & South America, Asia and Africa in the 1960s and beyond.

A film, Julia and Joyce, was released in 2010 by Trinidadian/American dance researcher/choreographer Sonja Dumas which features the evolution of the Limbo and the contribution of Julia Edwards to the explosion of its popularity.

For more ideas on Dance visit MarryCaribbean on Pinterest. 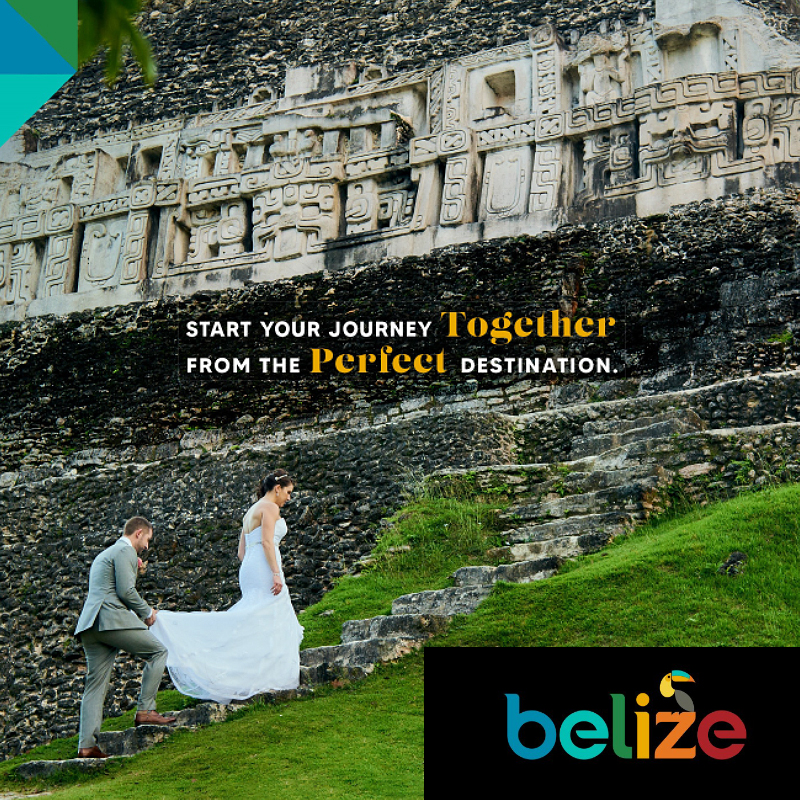