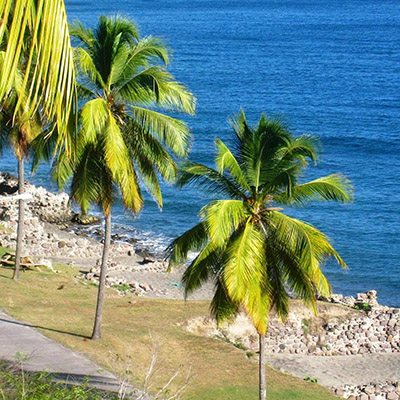 Just close your eyes and imagine a clean, unhurried and unspoiled Caribbean island. Where the reefs are teeming with fish. Practically no crime exists here. The gentle trade winds cool the body and where people are warm and genuinely friendly.

Now open your eyes and discover the beautiful little island of St Eustatius, affectionately known as Statia. This 11.8 square mile island in the Netherlands Antilles chain reveals a surprisingly rich past to travelers.

Things To Do in St. Eustatius

Hiking & Adventure: The National Park of Quill will delight hiking enthusiast and lovers just looking to take a beautiful stroll. You’ll ascend to the top at 2,000 ft before you begin to explore the rainforest nested in the crater. For the most impressive views try these trails: Panaroma Track Mazinga Track Bird watchers should begin their hike at first light.

Diving & Snorkeling: Statia has everything a diver could want with numerous kinds of dive sites. Coral and sponge covered walls attract varieties of big fish like black rip sharks and eagle rays. Shallower reefs that have been carved by volcanic activity are covered with amazingly beautiful coral. You can also expect to see many different exotic & rare tropical fish like the flying gurnards and jack- knife fish.

Ship wrecks are another popular dive for this island. It is said that the island suffered an earthquake that was devastating to the island. So, diving these waters has become more like a treasure hunt. Discoveries are taken to the Historic Museum that tells the island’s rich and colorful history.

Carnival: Summer Fest is generally held in July and hosted by the Musical Foundation. During this time you senses will be taken for a colorful and vibrant cultural ride.