By Melanie Reffes, Special for USAToday 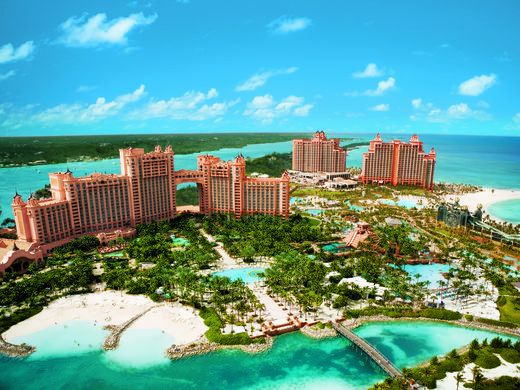 A hot spot during the 1960s, Paradise Island Hotel and Casino was owned by game show guru Merv Griffin. In 1994, it was bought by a South African hotelier and transformed into Atlantis Paradise Island, after an unprecedented $800 million investment. Modeled after the mythical lost city of Atlantis, the gargantuan playground across the bridge from downtown Nassau opened in 1998 and today is the largest resort in the Caribbean.

Changing hands again in 2011, the resort joined Marriott’s Autograph Collection in 2014. On the northern edge of the island of New Providence, the resort is like a hotel on steroids where you could easily spend a weekend, a week or even a month and still not see everything. “The world changes, the consumer changes so we’re also in the midst of a transformation of Atlantis,” said Howard Karawan, president and managing director, referring to upcoming additions like clambakes on the beach, a swim-up Popsicle bar and a Bahamian conch salad stand. 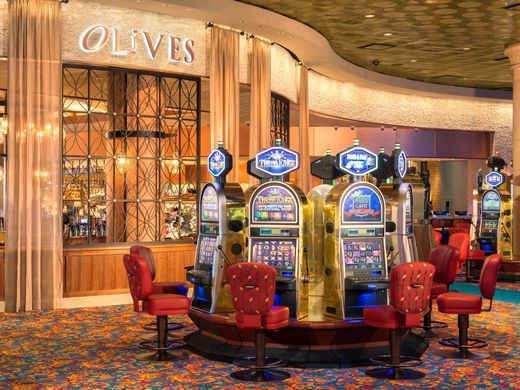 With 3,414 rooms and suites and 7,575 employees, Atlantis Paradise Island is the most checked-into hotel in the Bahamas. Due to its sheer size, it can be daunting to navigate, although every staff person is trained to assist befuddled guests. Since it opened 19 years ago, 3,100 couples have tied the knot at the umpteen picturesque venues that dot the Titanic-sized resort. Twenty-one restaurants and 19 bars keep hunger and thirst at bay, and 30,000 meals are served every day to guests and staff. For the active-minded, there are six tennis courts, an 18-hole Tom Weiskopf-designed golf course and a 9,000-square-foot Aura Nightclub. The many stores mimic those on Rodeo Drive and Madison Avenue with designer names and hefty price tags. There are plunge pools and massages in Mandara Spa. Also on the “largest in the Caribbean” list: the casino plays with Vegas rules at 850 slot machines and 85 table games (and in a novel twist for the gaming industry, sports a wall of sunlit windows). 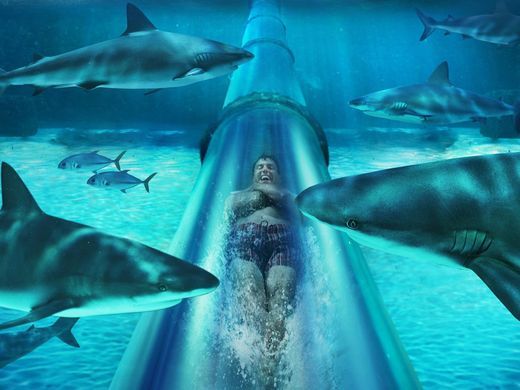 A life-size http://premier-pharmacy.com/product-category/diabetes/ replica of a Mayan temple houses the Leap of Faith, a 60-foot drop through a shark-filled lagoon. Atlantis Paradise Island

Marine Habitat, the world’s largest open-air aquatic facility, is where you’ll find 50,000 marine animals (250 species), like stingrays the size of catcher’s mitts, swimming in eight million gallons of saltwater and munching 1,000 pounds of fish each day.

There are 11 pools and four beaches; Paradise, Cove, Atlantis and Cabbage. Also ranking as the largest in the Caribbean, Aquaventure is a 141-acre watery wonderland with 14 fresh and saltwater lagoons, 18 high-speed water slides, two river rides with tidal surges and waterfalls and a life-size replica of a Mayan temple that houses the Leap of Faith, a 60-foot drop through a shark-filled lagoon. The tallest attraction is called the Power Tower, 120 feet high with inner tube slides that drop riders 50 feet into total darkness and then into a deep cenote filled with toothy alligator gars. 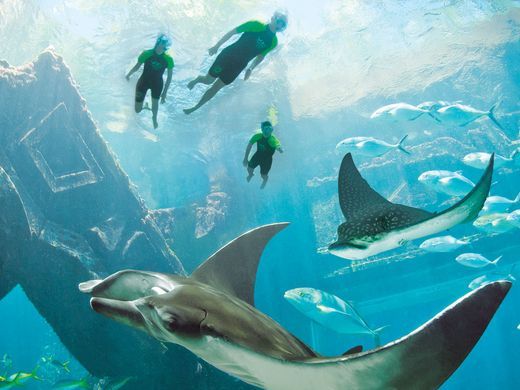 Home to Atlantic Bottlenose dolphins, including 16 who were rescued after they were swept to sea during Hurricane Katrina, Dolphin Cay sits on 14 acres and is fed by seven million gallons of seawater. Brand new and a must-do for dolphin fans, Rise and Shine is an early morning swim with the friendly mammals, Kayak with Dolphins is thrilling for kids and Serenity Snorkel is a freestyle swim. In the Marine Habitat, The Dig comes with a 100-foot clear underwater tunnel for unobstructed views of sea critters like venomous lionfish, piranhas, iridescent jellyfish and moray eels that measure a whopping 6 feet long. The interactive touch tank aquarium is filled with conch, starfish, sea urchins and crabs. Viewable from The Dig, Ruins Lagoon is awesome with 20,000 fish and lost city artifacts. 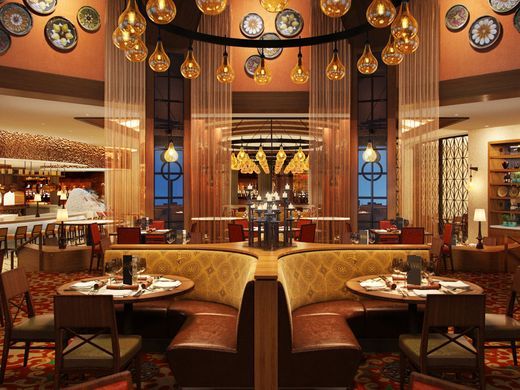 Menus cover the globe from American Southern fare at Virgil’s Real Barbecue, sushi at Nobu, Chop Stix for Chinese and Mediterranean at Olives to fine dining in Bahamian Club, sweet treats at Plato’s and rock star chef Jean-Georges Vongerichten’s Café Martinique made famous by its appearance in the 1965 James Bond thriller Thunderball. Starbucks has also set up shop at the resort. Next to the resort, Marina Village is an open-air marketplace with 63 mega-yacht slips and plenty of eating and shopping options. 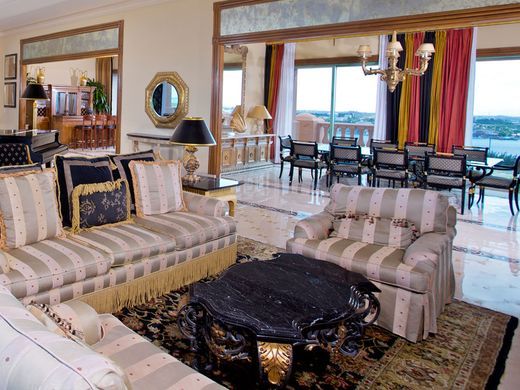 The Royal Towers Bridge Suite is the most expensive. Atlantis Paradise Island

The Beach Tower is the smallest with 423 rooms; 600 rooms at The Cove are more upscale; The Reef has 497 rooms and easy access to Paradise Beach; and most of the rooms in the 693-room family-friendly Coral Towers are being renovated and will reopen on July 1. Colossal with 1,201 rooms, Royal Towers is also where you’ll find the celeb-favorite 10-room Bridge Suite that spans the 17th floor and comes with a dining room capped with a 22-karat gold chandelier, a grand piano and a staff of seven who access the suite through a private entrance. 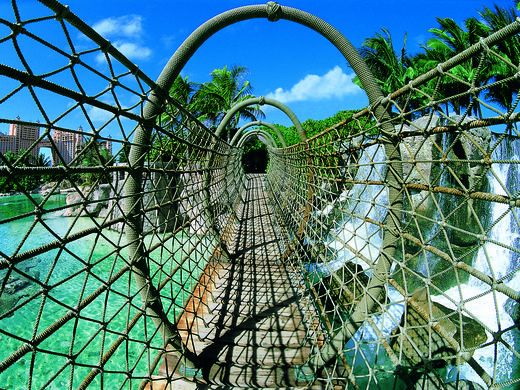 The resort is a 30-minute cab ride from the Lynden Pindling International Airport in Nassau. On the return, you’ll pre-clear U.S. Customs and Immigration. The Bahamas is one of three countries in the Caribbean that offer this convenience. Aruba and Bermuda are the other two, with Punta Cana International Airport in the Dominican Republic coming online later this spring.

For more images, see the original article here at USAToday.com